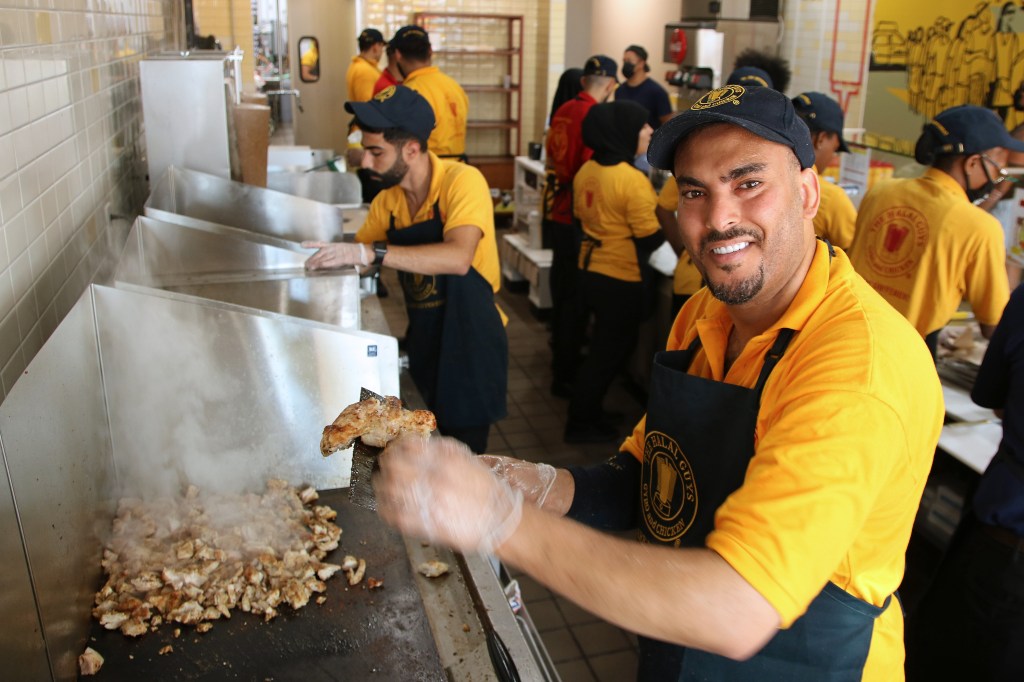 It’s the end of an era. H&H Car Wash, an El Paso institution since it opened in October 1958, will serve its end customer tomorrow afternoon. The restaurant is closing after 63 years.

“It’s about time,” Maynard Haddad, 87, told me this afternoon. “This is the love we have for this community. There is nothing like it anywhere.”

It has always been a family affair for Maynard. He grew up in business with his brother working for his father, who founded H&H. They then expanded northeast of El Paso, but closed it in 1986 and Maynard returned to the original location. He’s been there ever since, with his daughter Julianne who helped run the restaurant for him.

The Haddad family have always supported UTEP, and there are a ton of photos inside the cafe that pay homage to Don Haskins, Billy Gillispie, Doc Sadler, Sean Kugler and dozens of other popular miners. When Joe Golding was recently hired as UTEP’s men’s basketball head coach, he quickly made it a point to stop by H&H for breakfast and introduce himself to Maynard and to his team.

Haddad closed the car wash in January, but kept the cafe open as El Paso began to recover from the pandemic. It was not an easy decision for him to close the iconic restaurant, but the property was bought about a year ago by St. Clements. With TXDOT soon to take over the current St. Clements gymnasium, there is talk of the school gymnasium being rebuilt where H&H is currently located.

When I think of Maynard Haddad, I think of Don Haskins. The two men are local legends for different reasons. Their personalities are surprisingly similar, which is why they were friends. Anyone who has had the chance to speak to the 87-year-old will quickly realize that he’s a throwback to another era. Unfortunately, they just don’t make people love them anymore.

Tomorrow will be a day for thousands of people to stop at 701 Yandell Drive and say goodbye to Maynard, Julianne and all the staff who have made H&H Car Wash and Coffee Shop one of the landmarks of El Paso. Your best bet is to arrive early as they are sure to have plenty of clients who want to enjoy a last meal with Maynard.